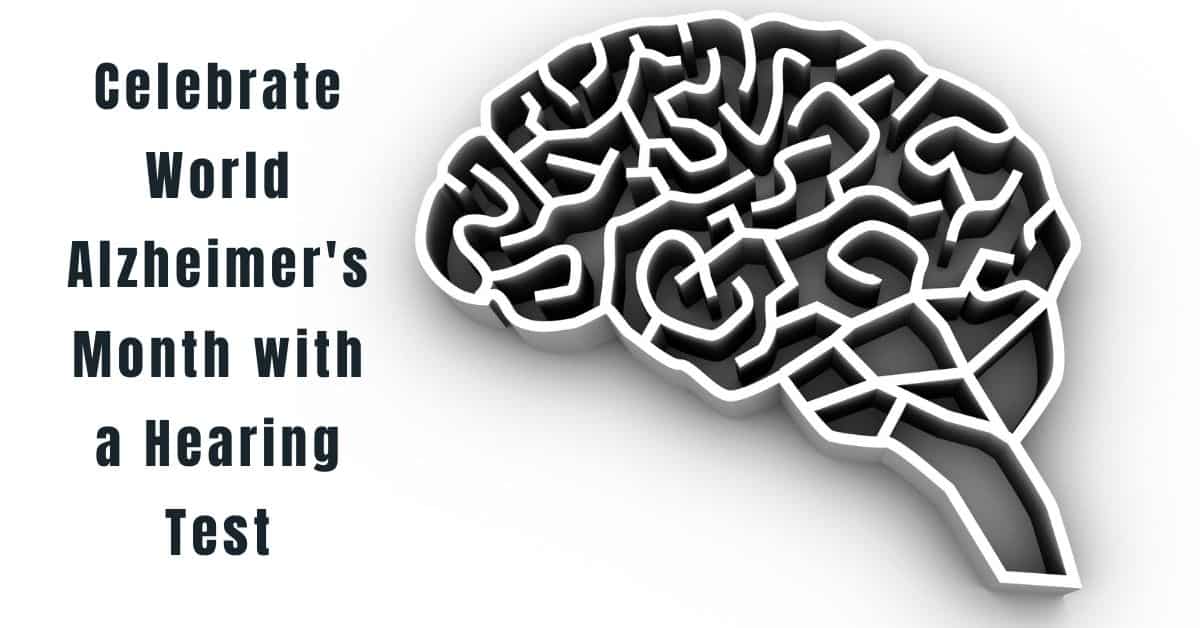 While age-related hearing loss was once thought to be an annoying but relatively benign aspect of the aging process, research over recent decades has shown us that it is much more than that. Hearing loss can instigate a cascade of negative social and medical health effects. It can also be an indicator of underlying health issues that can become acute.

Just last month, The Lancet published a report on the known global risk factors for Alzheimer’s. Hearing loss was included, and the report noted that more should be done to promote awareness of the extent to which untreated hearing loss increases the risk for Alzheimer’s. Here are some things you can do to support your hearing health and overall health.

The Better Hearing Institute, a non-profit organization, recommends that a person get a hearing test once a decade until age 50, and once every three years after that. What’s the point? Can’t you just wait until you recognize that you’re having hearing issues and then pursue treatment?

While it’s true that you should seek treatment for hearing loss if you’re having issues in daily life, it’s also important to test your hearing regularly to catch changes in your hearing ability as early as possible.

Age-related hearing loss can begin as early as age 45, but it can take decades after that until we struggle to hear. Hearing loss has a normal rate of progression, and a faster rate of hearing loss can indicate an underlying cardiovascular issue. The same problems in the body that eventually cause a heart attack or hypertension can cause faster hearing loss years before that.

By getting your hearing tested regularly, you can get a leg up on not only hearing loss but on any issues that might be causing hearing loss- years before you actually have problems hearing.

While “anti-inflammatory diet” may sound like an unpleasant restriction based on its name, it’s actually a medical term for the way people eat in the Mediterranean region, which has been shown to increase lifespan dramatically and promote better well-being. It emphasizes olive oil over butter or margarine, fish over meat, and a host of vegetables, legumes, and fruits that add up to a delicious and healthy way of achieving a good calorie-to-nutrient ratio.

The Brigham and Women’s Hospital conducted a study that found a strong correlation between anti-inflammatory diets, such as the Alternate Mediterranean diet (AMED) and Dietary Approaches to Stopping Hypertension (DASH), and a reduction in hearing loss. Over four years around age 60, participants in the study had dramatically less hearing loss when they closely followed anti-inflammatory diets compared to others. The researchers who conducted the study noted how surprised they were at the amount of hearing loss they measured in the participants after just four years, especially within this age group. Normally, those of us around age 60 don’t currently get our hearing tested regularly, so the variation in the rate of hearing loss in this age group is a new statistical category.

The anti-inflammatory diet is also recommended as a means to reduce the likelihood of cardiovascular issues, Alzheimer’s, and a host of other health concerns. Basically, it’s the best way humans across the globe have found to prolong their good health.