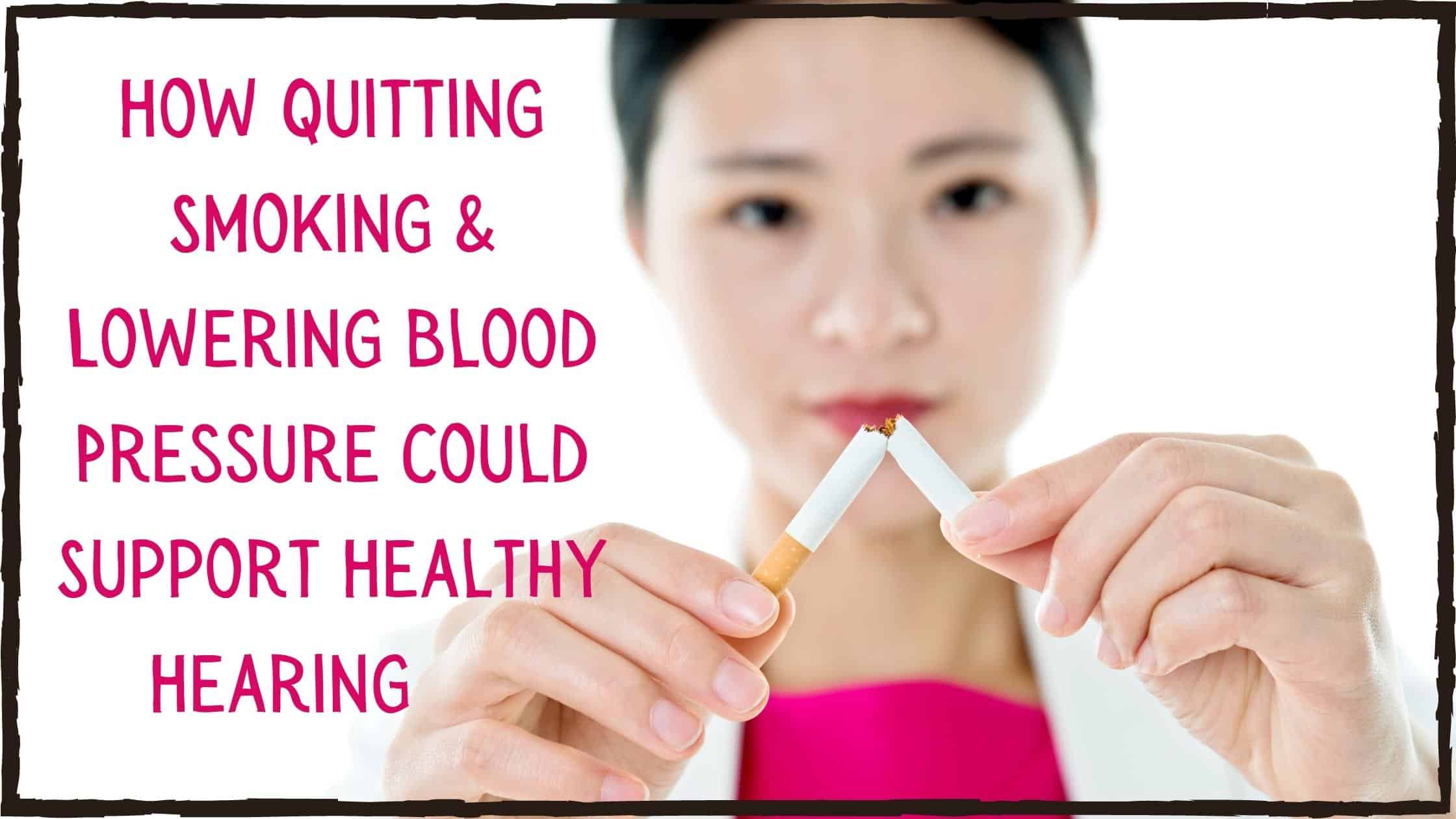 There are about 48 million Americans today dealing with some form of hearing loss. The prevalence of personal listening devices and other major noise sources in our modern world account for much of the hearing loss we see, but it’s likely that smoking and high blood pressure are playing a role, as well.

A Study on Smoking

A Japanese study that followed over 50,000 adult men for 8 years, published in 2018, found that smoking increased the risk of hearing loss by almost double. Over the course of the study, about 8 out of every 1,000 non-smoking men developed hearing loss each year. For the smokers, the number was more like 15 out of 1,000. The correlation becomes stronger when we consider that hearing loss was seen more often in smoking participants who smoked more. In other words, a couple of cigarettes a day will increase your likelihood of hearing loss, but not as much as two packs will.

While the results are convincing, the study has a few limitations that should be noted. First, it only included men, so we don’t know for sure that smoking causes hearing loss in women. Second, the hearing test used was a simple test of one high frequency, and results were recorded as pass/fail. Having more information about the type of hearing loss the participants sustained would be very useful.

And third, it was not clear in the study the extent to which the men were exposed to noise in the workplace or elsewhere. It could be, for example, that men who work in noisier environments are more likely to smoke, and it is the exposure to noise that is causing hearing loss.

It is not 100% clear why smoking may cause hearing loss. One theory is that some toxins in the smoke may harm the cells of the inner ear. Another is that high blood pressure, which nicotine promotes, is the real culprit, and smoking simply increases the risk for high blood pressure. A third is that inflammation is the culprit, which also decreases blood flow to the cochlea, and indeed anti-inflammatory measures have been shown to decrease the risk of hearing loss.

Whatever the case, there is a clear consensus that smoking—in addition to promoting lung cancer and other cancers, as well as heart disease and hypertension—does increase the risk for hearing loss. There are many reasons to quit smoking, and the increased risk of hearing loss is one more.

What is known for sure is that close adherence to an anti-inflammatory diet has been shown to reduce the risk of hearing loss. The Brigham & Women’s University, in a separate study from the one mentioned above, found that white women around 60 years old, living in a variety of regions in the United States, were far less likely to acquire hearing loss over a 4-year period when they closely adhered to an anti-inflammatory diet, such as the Alternate Mediterranean Diet (AMED) or Dietary Approaches to Stop Hypertension (DASH).

Like the Japanese study, this one suffers from a lack of diversity amongst the participants, but otherwise seems likely to achieve the same results when replicated.

More and more research seems to indicate that our ears function like the “canary in the coal mine” of our bodies. When our general health starts to dip, our ears may be the first to suffer. Smoking has been shown to wreak havoc on many systems in the body, as has high blood pressure. When we take steps to maintain good general health by eating well, exercising and not smoking, not only our ears but our whole bodies are likely to be better off for it!

Get a Hearing Test

The Better Hearing Institute, a non-profit, recommends regular hearing tests for people of all ages as a means to keep track of hearing health. The best time to catch hearing loss is early, so you can try to make the necessary changes in your lifestyle to avoid further hearing loss.

If hearing loss has started to become an issue for you, hearing aids are the best treatment, and it is best to start wearing them sooner than later. Hearing aids have an incredible success rate at keeping people mobile, independent, happy and healthy even as hearing loss becomes an issue, so make an appointment for a hearing test today and find out what they can do for you!