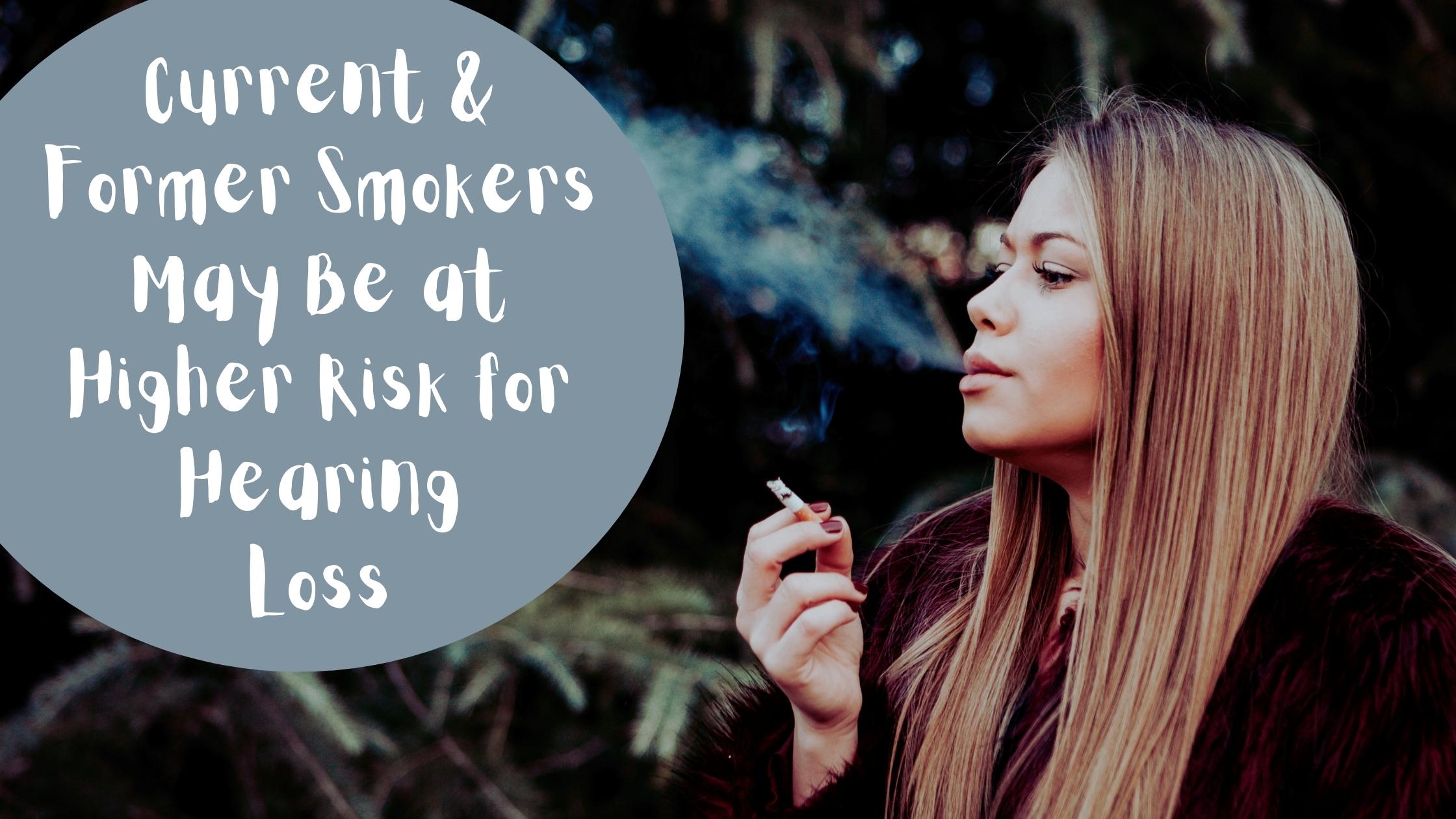 If there is one lifestyle behavior that is associated with the worst health outcomes, it surely must be smoking. Many think immediately of lung cancer as the health risk associated with smoking, but there are a wide range of other negative health effects associated with the habit. Added to the list it looks like hearing loss might be associated with smoking, as well. A recent study has looked at the hearing outcomes for those who currently smoke, as well as those who had smoked in the past. The results provide greater encouragement than ever for smokers to pursue cessation. Let’s take a look at this study, the results, and the ways that those who already have hearing loss can pursue treatment.

The American Nurses’ Health Study II was the origin of the data that researchers analyzed in this project. The study occurred from 1991-2013 with 81,505 women. Among this total group of participants, 2,760 women reported having hearing loss, making them eligible for the study. This study was reported under the title “Cigarette Smoking, Smoking Cessation and Risk of Hearing Loss in Women” in The American Journal of Medicine.

The study reported something that was already known to researchers. Those who were current smokers in the study had higher rates of hearing loss. However, they discovered something new, as well. Those who had a history of smoking “packs” in the past had higher rates of hearing loss, as well. The time since quitting mattered, as well. Those who completed full cessation 10 to 14 years ago tended to have a lesser degree of reported hearing loss. The researchers reported this statistic as a “diminished magnitude of elevated risk,” meaning that those who quit smoking at least 10 years prior to the study still had an elevated risk of hearing loss, but that risk was smaller than those who were still smoking or who had very recently quit.

How exactly is smoking related to hearing loss? Researchers have to connect the dots between this lifestyle habit and the nature of hearing to understand what might be causing more damage among smokers than non-smokers. Among the many potential explanations for the connection, one possibility has to do with the availability of oxygen for the inner ear. Deep inside the ear canal, the cochlea contains tiny hairlike organelles called stereocilia that wave with pressure fluctuations, transforming that motion into an electrical impulse that is passed along to the auditory cortex of the brain.

These stereocilia are very sensitive to differences in pressure, making them able to differentiate frequencies. And yet, that sensitivity makes them prone to damage, as well. Oxygen deprivation is one way that these tiny hairlike organelles can become damaged, and smoking does lead to lower levels of oxygenated blood in the body. Without the nourishing blood they need to do the work of hearing, these cells can become permanently damaged, and both smokers and ex-smokers are prone to more hearing damage than their non-smoking counterparts.

The good news is that treatment is available for many forms of hearing loss, including that related to smoking. The first step in the direction of treatment is to get a full diagnostic exam of hearing ability and to have a consultation about your individual needs. We can use that information to point you toward the hearing aids that are suited to your needs. Hearing aid technology has advanced remarkably in the past years, making it possible for more and more people with hearing loss to be able to communicate clearly and to enjoy the pleasures of the sounding world once again. Don’t delay making your appointment to get the assistance you need!