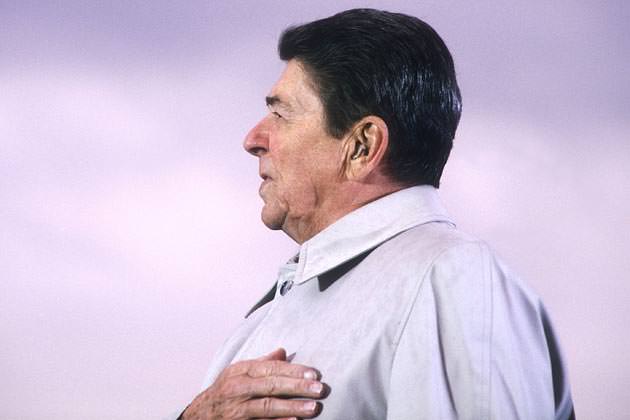 Hearing Aids Fit For the President

History reveals records of US Presidents who have experienced hearing impairment, tracing back to George Washington, who was reported to experience difficulty hearing around 1789, and Thomas Jefferson in 1819 and 1825. Though hearing aids were not available at the time, these early Presidents may have used amplification instruments, such as the ear trumpet. There were others along the way – Theodore Roosevelt and Herbert Hoover, to name a few – but it wasn’t until much later that a sitting US President publicly announced that he would be fitted for hearing aids.

President Reagan further increased awareness on hearing health in 1986 by declaring the month of May to be “Better Hearing and Speech Month,” which still stands today. Following the latest trends of hearing aid technology, in 1988, President Reagan was fitted with hearing aids with a remote control which allowed him to adjust volume and program features without drawing too much attention. President Reagan effectively removed a sense of taboo and secrecy about hearing loss, while at the same time, inspiring hearing aid manufacturers to introduce new and improved products.

After President Reagan, President George H.W. Bush passed the 1990 Americans with Disabilities Act, increasing accessibility for people who are hard of hearing by requiring public venues to provide assistive listening options for patrons. Though he did not use hearing aids at the time of his presidency, the elder President Bush currently utilizes them now.

Currently, hearing loss is the third most common medical condition in the US, affecting 48 million Americans. With the many increased risks related to hearing loss – such as dementia, falls, and hospitalizations – it is essential for people who are experiencing changes in their hearing to schedule a hearing test and get fitted for a hearing aid. Let our former Presidents be an inspiration: hearing aids are brilliant devices that give us command over our lives.