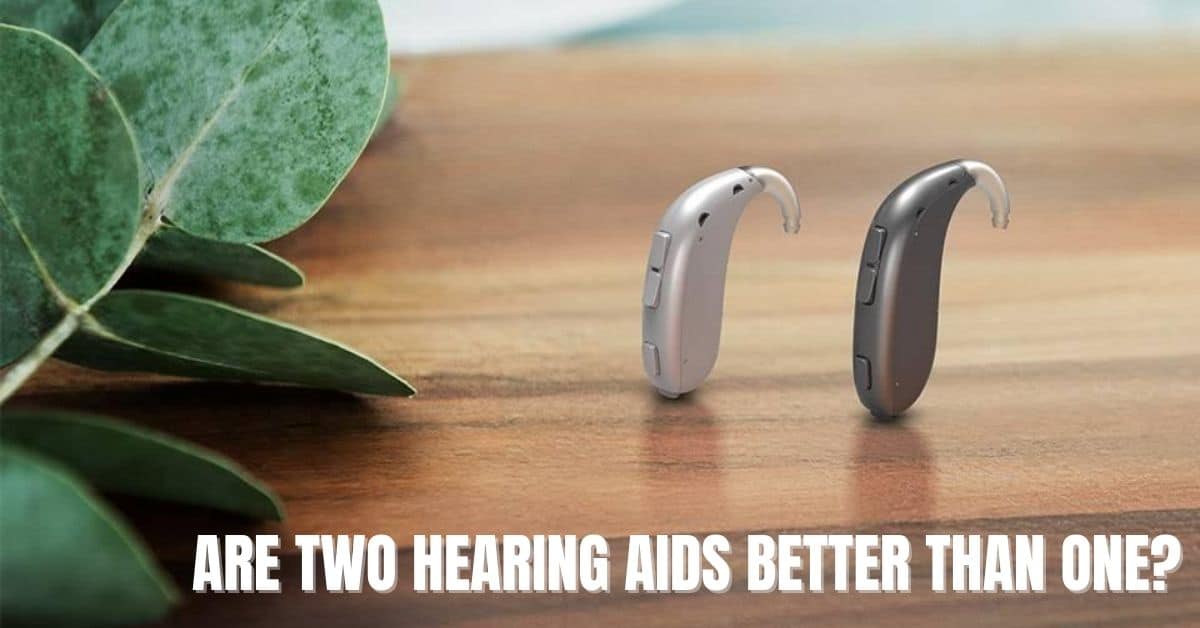 Some people with hearing loss know that they need help with both ears. Whether or not they have perfectly symmetrical hearing loss, they can tell that neither side is able to hear clearly without assistance. However, other people have dramatically different hearing loss from one side of their head to the other.

This inequity can happen for a number of reasons, and those with much better hearing in one ear than the other might be tempted to get just one aid rather than two. Although this seems like a simple cost-saving approach, hearing health specialists will advise  people with bilateral hearing loss against using just one hearing aid for a number of reasons, ranging from the practical to the technical.

Let’s consider a few of the reasons that even those with asymmetrical hearing loss should use two hearing aids rather than one.

One of the top reasons to use two hearing aids is to be able to orient oneself in space. When one of our ears is functioning at a significantly lower level than the other, our binaural hearing sense can be thrown out of whack.

Hearing from both ears is necessary to maintain equilibrium and balance while moving through the world. Being able to tell where a sound is coming from is also very important for general awareness and safety.

If an object or emergency alarm is sounding, your brain relies on the binaural ability to move in response. Without relatively equal hearing ability in the two ears, it can be difficult to orient to sound and to feel at ease while moving through space.

Another important reason to use two hearing aids rather than one is that the sound quality can be dramatically improved with the possibility of stereo sound. Designers of hearing aid technology take into account that sound interacts in peculiar ways when it comes to both of our ears. Anyone who has used good over-the-ear headphones will have noticed the difference in quality making it possible for sound to feel like it is moving through space simply through this stereo capability.

Similarly, hearing aids can take advantage of these sonic phenomena to make audio quality remarkably better than with a single aid. One of the particular areas for improvement is speech recognition. Our brains use both of our ears to take the various impulses from a person speaking and to transform them into decipherable units of speech. Without two hearing aids, sound quality can suffer greatly, including the ability to mask certain sounds while accentuating others.

Sound is not only brought to our ears to be able to understand the world, but it also has an acute effect on our brains. When our ears are not getting exercise in sensing and processing information, the parts of our brains designed to receive and understand sound can actually shrink in size, and a relation with cognitive decline and dementia has been documented from several researchers.

With what we know about the relationship between our brains and sound, the sustained use of hearing aids in both ears is essential for those with hearing loss. Without using two hearing aids, we run the risk of “auditory deprivation” including its effects on cognitive decline.

If you are concerned that your hearing loss might get worse in the future, contact us today. We provide comprehensive hearing health services, and we can help you find the best hearing solution to meet your needs. We look forward to hearing from you!